The Road to DOT Compliance Help

It is our mission to assist clients in establishing proper safety management controls for DOT Compliance.  That way, you can  minimize accidents and DOT violations. We work with you toward safer roadways for the public, and increased profitability for your company.

Our founder and president, Mike England has experienced ‘both sides of the road’.  During a DOT Compliance training, DOT webinar, or a DOT Mock Audit from us, you can find out what is wrong. Then, get help fixing it before the department of transportation comes. If you fear the question,  “What would happen if I got a DOT audit?” Then let us help you with your DOT Compliance, in ways like these:

How Can We Help You? 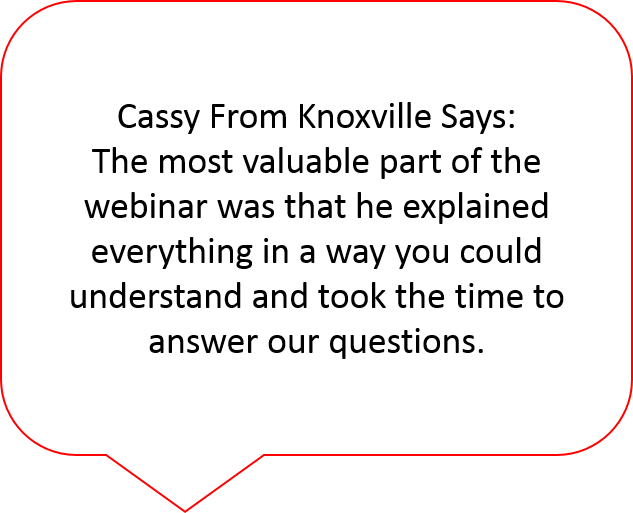 Highly recommend this company for any DOT needs. Addressed my issues in a timely manner and went above and beyond my expectations. I will use this company again for future endeavors regarding my trucking business and give a 5star rating!!! Thank you, Jordan

Good content! Enjoyed the webinar and forwarded the information along to other companies such as Halliburton, TNT Crane, and Schlumberger, they all responded positively. Thank you again for the valuable information.

This is just the information I am finding everywhere. Thanks for your blog, I just subscribe your blog. This is a nice blog..

What an exceptional webinar. Mike's knowledge is outstanding and I don't know of many people that could keep my attention for a half hour webinar no less two plus hours. Great Job!! I look forward to taking some more from you!!

this was full of great information, a little fast but great,

Mike England has spent more than twenty-five years in the transportation industry. He was first in a management role with a small transportation company. Then, through numerous safety and general management roles with both large and small DOT –regulated entities. His experience includes trucking companies and private fleets.

He is a graduate of the US Army Safety Management School in Ft. Rucker, Alabama. He also completed the US Department of Transportation’s FMCSA Safety Auditor Course.

He spent 2005 and 2006 performing audits for the US Department of Transportation. Then he decided in 2007 to form the private consulting firm DOT Compliance Help Inc.

Located outside of Chicago, DOT Compliance Help’s mission is to help carriers prevent accidents, injuries, and fatalities. The ultimate goals are safer roadways for the public and increased profits for our clients.

Any time I am introduced to a company that does anything, I want to know a few things. One, Where did they come from? Two, what do they do? and three, Who are the key people?

In the content below, I hope to answer most of these questions.

As many business managers have learned, FMCSA regulations are not just for trucking companies. If you are in ANY type business, and you need a 10,000-lb-plus truck for any business chores, chances are the FMCSRs apply to you.  Including but not limited to construction, manufacturing, importing, distribution, etc.

The way the FMCSA puts it is this: “The rules. . . are applicable to all employers, employees, and commercial motor vehicles (CMVs) that transport property or passengers in interstate commerce.”

To fully understand this we have to look at the definition of CMVs and the definition of interstate commerce: Commercial Motor Vehicle: “self-propelled or towed vehicle used on public highways in interstate commerce to transport passengers or property when: 1) The vehicle has a gross vehicle weight rating or gross combination weight rating of 10,001 or more pounds; or 2) The vehicle is designed to transport more than 15 passengers, including the driver; or 3) The vehicle is used in the transportation of hazardous materials in a quantity requiring placarding. . .” Interstate commerce: “trade, traffic, or transportation in the United States— (1) Between a place in a State and a place outside of such State (including a place outside of the United States); (2) Between two places in a State through another State or a place outside of the United States; or (3) Between two places in a State as part of trade, traffic, or transportation originating or terminating outside the State or the United States.”

But if you are, let’s say, a company specializing in the manufacture of beer, cupcakes, dog food, greeting cards, frozen pizzas, bicycles, ball bearings, sporting goods, toy tanks, toy trucks or toy airplanes, and you have one or two trucks that are used to bring raw materials or take finished goods to UPS for shipping, you are going to hire people that know how to make these things. Not people that have been educated in the FMCSA safety and regulations that apply to the operations of CMVs.

Sooner or later SOME one in top management says to some newly-hired member of the management team, “Here, read up on this DOT compliance stuff and let’s make sure we do this DOT Compliance right, so we don’t get in trouble with the FMCSA.” Or words to that effect. Here is where DOT Compliance Help Inc. brings value to the transaction: If you just appointed someone, or if you are the unhappy patsy that just got appointed to head the DOT Compliance efforts, to become the subject matter expert on DOT Compliance, you have several choices to get up to speed. You can simply read the DOT Compliance regulation. (I’ll give you a shortcut, but I don’t recommend this technique: www.fmcsa.dot.gov). You could read a DOT Compliance book. (I’ll give you a shortcut for that too, but I also don’t recommend this technique: www.labelmaster.com – FMCSR). Or, my recommendation.  Go to a 4-day seminar (DOT Compliance Training) and get some DOT training from an expert.

I’ve run the business, I’ve worked for the FMCSA, and I’ve been a DOT consultant for 10 years now. I’ll help you understand, first of all, how the FMCSA, DOT, federal and state motor carrier safety  regulations can impact your business. And give you some pointers how to avoid the most-unpleasant interactions. (The FMCSA calls these “Interventions”).

In 1988, I left a short career as a newspaper reporter, and took a job as a junior member of a company that dispatched CMVs. When the topic of DOT Compliance Regulations came up, I was the one that drew the short straw. I had to get up to speed really quickly as we were already up and running following some FMCSRs and unwittingly breaking others.

From 1988 through 2005, I held various management positions including safety manager, office manager, owner, and general manager of a motor carrier (Company operating a fleet of CMVs) and transportation manager for a distribution company. During this time, I also was a commissioned officer in the Army reserves / National Guard (I actually changed from AR to ARNG and back to AR), being activated twice. I moved from Missouri to Ohio, then Colorado and finally to northern Illinois, where I live now with my wife and three misfit dogs. As a military officer, I got some training and experience leading soldiers, organizing deployments, constructing roads, bridges and buildings, and had a lot of interesting experiences, most of which were enjoyable and all of which helped me become the person I am today. While my responsibilities ranged from operating a field hospital, a cavalry unit (Think tanks that move back and forth in the area between US Forces, our allies and the enemy), and several types of military engineering, safety was always an important part of my job and on one occasion it was my primary responsibility.

I retired from the reserves in 2007, after a total of 28 years. In 2005, I took a position with the FMCSA as a DOT field auditor, leaving in January 2007 due to extensive travel and changing work conditions. While working with the FMCSA, I encountered a handful of  “Safety consultants” and I was unimpressed with their knowledge or their helpfulness with DOT Compliance.

I considered getting another job in fleet management and DOT Compliance, but thought I would try something different first: What if I could become a DOT consultant and help several motor carriers with their FMCSA Compliance and fleet operations?

This idea led to the creation of DOT Compliance Help, Inc. We were incorporated in August 2007, but I cashed the first check that was written to me as a DOT Compliance consultant in March 2007. Here is what I thought I was going to be doing: I thought I would be the head of the safety department for 6 or 8 trucking companies, (hopefully close to home), with the administrative effort done by others. Instead, we learned that a lot of people just wanted me to come in and show them what DOT Compliance supposed to be done in a few days.

The first 8 or 10 of these companies put people in the top safety management position that didn’t know anything about the DOT regulations, and I told each of them they need to go to a DOT Compliance seminar to learn about the DOT compliance regulations. All these people called and emailed me repeatedly for weeks, telling me they could not find a DOT Compliance seminar to attend.

Over the last 10 years, that has grown into the 4-day DOT Compliance seminar we have. It’s not done; I’m never satisfied with it. When we first started, we (my wife and I) read a book called ‘consulting for dummies’ or something like that. We don’t do everything exactly the way the author suggested, but there is one thing: “Update your charts”. I do that constantly.

I enjoy speaking with small groups, because I like helping people. When they first file in I see fear in their eyes, as they are completely afraid the DOT and DOT Compliance will just walk in one day and find something they do not like about the business or lack of compliance and shut it down or levy huge fines or worse. After the first day of DOT compliance training, and increasingly as they come to understand the way to learn and apply the FMCSRs and DOT Compliance, I see the fear melt away. When the FMCSA seminar is completed, I see people walking away with some confidence they can develop and implement a world-class safety DOT Compliance management system back at their company. Or, at least, keep their co-workers out of trouble with the DOT.

Sometimes attending a DOT seminar is not enough; sometimes it is helpful to have us come in and help with the driver qualification process, the drug & alcohol testing process, or other aspects of managing a fleet and FMCSA Compliance.

I try to avoid non-FMCSA questions, but ultimately, I get a few. (Like how or whether to incorporate, or what computer systems to use, or how to communicate with drivers, or where to get good loads.) So if you are the new guy, and someone just “threw the FMCSA book at you” (made you responsible for your company’s DOT Compliance efforts), look at our DOT Compliance seminar schedule. Chances are, we have a DOT Compliance seminar soon that fits your schedule. If you would like us to train more than 4 – 5 members of your management staff on DOT Compliance, it might be more economical for us to come to you with a customized DOT Compliance presentation.

If you can’t get away for 4 days of FMCSA compliance training initially, maybe you want to attend a 2-day FMCSA Compliance seminar, or day 1 and 2 of a 4-day DOT Compliance event. But, after a couple months, we hope you find time for the last half, so you will understand the big picture.

If you have more than a few trucks and there is a big mess (Like no driver files, no records of duty status, that sort of thing) we can help you get a DOT Compliance system up and running. .

We look forward to helping you as you improve your knowledge of the Federal Motor Carrier Safety Regulations and DOT Compliance and what they mean to you.